Vietnamese midfielder Nguyen Quang Hai’s curving free-kick against Yemen has been voted the best goal of the 2019 Asian Cup.

Vietnamese midfielder Nguyen Quang Hai’s curving free-kick against Yemen has been voted the best goal of the 2019 Asian Cup.

The best goal of the tournament was chosen from among ten shortlisted ones in a poll conducted by Asian Football Confederation (AFC), which opened on February 1 and closed on Wednesday.

Hai’s goal resulted in a 2-0 score and helped Vietnam advance into Round of 16. 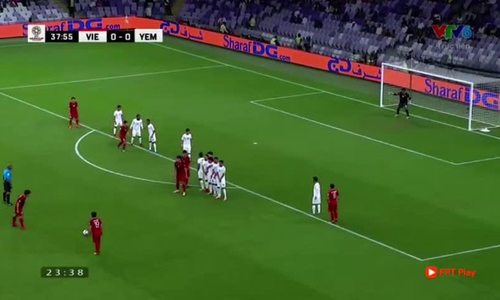 Quang Hai scores from a free kick against Yemen

The other accolade that Hai has received from the tournament is to be named the Best Player of the Group Stage with 601,964 out of 1,211,243 votes, 50 percent of all votes. Hai was followed by Iran team captain Ashkan Dejagah with 462,278 votes, 38 percent.

Vietnam’s journey at the 2019 Asian Cup ended in the quarterfinals with a solitary goal loss against four-time champions Japan. Nevertheless, the team’s performance won the hearts of fans and football critics alike.

Meeting seniors abandoned by their families, Hong opened her home to those in dire need.

The Nghe An police have arrested two people for allegedly selling a young woman in China as a bride and are questioning them.

Vietnam won a historic tennis gold Friday as the nation took 24 medals on day 6 of the SEA Games in the Philippines.

Location, price and reputation have sparked a frenzy among Singaporean investors.

Vietnam has lifted its ban on rice exports with immediate effect, allowing 400,000 tonnes to be shipped this month.

An exhibition in Hanoi goes back 64 years, when the French troops officially withdrew from Vietnam.

Coteccons will replace two board members with nominees of two major shareholders with whom the management has had a running battle since 2017.

Lo Lo Chai is a village in the northern province of Ha Giang that has no modern construction.

When fall begins towards the end of September and start of October, Nam Hong Village in Ha Giang Province radiates the amber hue of autumn.